Who’s your favorite person named LeBron James? Is it the one who plays for the Cavaliers? Yeah, me too.

These are easy. Other names are not. Adam Scott or Adam Scott? Not as simple. The best example of this might be due to a weird phenomenon of famous men named “Steve Smith”. To settle the never-ending debate, here is a ranking of all of those men. 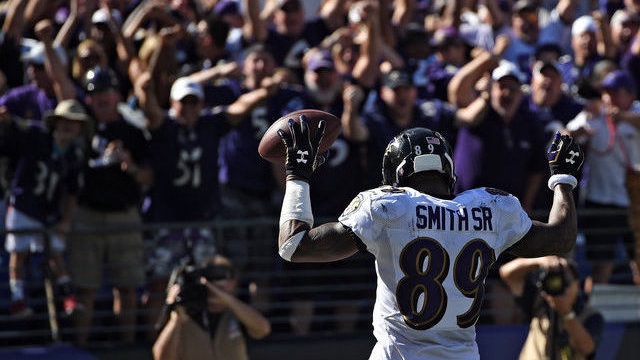 Easy choice. This Steve Smith is the Cadillac of Steve Smiths. He’s created so many memorable moments.

And of course, there was the “blood and guts everywhere” quote. And just last week, he said this:

Steve Smith was asked about his stamina after being sick this week. "You can ask my wife about my stamina," he said.

But the classic is, and always will be:

I’m going to do my best to not spend the next 5,000 words talking about those Hawks uniforms. Woof.

Anyway, I like this Steve Smith. Played for 5 teams. Averaged 14 points per game for his career, including a few years over 20. He’s a good Steve Smith.

Everyone’s second favorite wide receiver Steve Smith comes in at number 3. Remember him? He made a Pro Bowl! It was such a big deal when he left New York for the Eagles, but then he only caught 11 balls and injuries forced him to retire. His brother, Malcolm, was Super Bowl MVP last year. That’s a fun fact right there.

This is a bold ranking for such a youngster, but he’s off to a hot start and he’s got a lot to live up to. Have we heard from this Steve Smith in his young life?

The last time me and my wife were in elevator heading to our hotel room!!! We got this guy 9 months later.. #Realtalk pic.twitter.com/LV6P6uOrT5

Had a nice career at LaSalle. Averaged 0.6 points and 0.8 rebounds in a short NBA career.

7(tie). Every other Steven/Stephen/Steve Smith Ever

There’s really nowhere to being with Stephen A. First Take is the worst hour on television, which is saying something. His comments about Ray Rice were ridiculous. His need to scream all of his thoughts is utterly off-putting.

I’m just glad that we’ve gotten to a point where he’s avoidable if you try hard enough. Don’t watch First Take. Don’t follow him on Twitter. If he comes on SportsCenter, change the channel.