Skip to content
Posted on October 20, 2016 by Shane McNichol

I speak for all college basketball fans when I say I was happy to see Perry Ellis graduate from Kansas and head on to greener pastures. Sure, he was a great player, but constant jokes about his hairline, age, and years spent in Lawrence grew to be torturous for the loyal college hoops fan.

Yet the humor came from a very real place. Every era of NCAA basketball has a collection of players who seem to spend double-digit seasons chasing their way through March Madness, collecting degree after degree with seemingly unlimited eligibility. In today’s basketball scene, four year players are so rare, they feel like mythical creatures when they come along. Add in a short collective memory and non-existent attention spans and some players feel like they’ve been in college for 20 seasons.

Ellis epitomized this, and will therefore grace the title of this team, but I wouldn’t fault anyone for arguing these should be the Jon Scheyer, Gerry MacNamara, or Peyton Siva All-Stars (or insert player from your team, their rival, or another era).

Before college basketball kicks back into stream, let’s refresh some of the names and faces you won’t believe are back for another year.

We’ll start back in Lawrence where Frank Mason is still leading the Jayhawks. Yes, Frank Mason III. I was damn near ready to see Frank Mason IV play for Bill Self, but I was sorely mistaken.

Mason and the Jayhawks will look win their 12th straight Big XII title this season, and it seems like Mason was aboard for at least seven or eight of those seasons. He’ll be expected to spur the offense and help super freshman Josh Jackson assimilate to life in Kansas. Expect an alley-oop or two.

I now present, a 100% accurate list of players who have been on the same Duke team as Amile Jefferson:

I almost expected to type the words “Greg Paulus” (thankfully only once, as repeating Paulus’ name three times can cause sinkholes, earthquakes, or Syracuse football to occur).

Perrantes has been in Charlottesville so long, he’s been through multiple hairstyles and he still leaves a stale taste in my mouth. 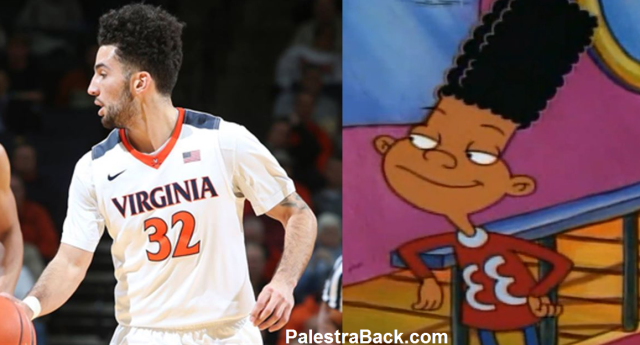 This is actually part of one of the greatest conspiracy theories on the basketball landscape: Virginia never gets new players. It’s the same guys every year, just with different names, numbers, and wigs.

Show me the long-form birth certificates of Justin Anderson and Isaiah Wilkins and then maybe I’ll believe you.

Do you remember when UConn won the national title on the back of Shabazz Napier?

That was 2014! I would have guessed at least half a decade had passed.

Anyway, remember the 2-seed Villanova team they upset in the Round of 32? Dylan Ennis was on that team, as a sophomore. Now he’s at Oregon, fulfilling some sort of Manifest Destiny.

I forgive you if the name isn’t familiar, but you know who Rem is if you’re tuned into college hoops. He’s made a name for himself as a wild man at the end of the Zags’ bench for the last 15 years. Here he is as a freshman: 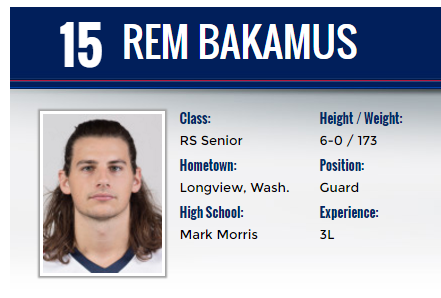 GAH! Feels like a before-and-after for a public service announcement. Did anything happen in the state of Washington between those two pictures?

Before you tune into a game from Pauley Pavilion and think “Oh, Steve Alford has another son?”, I can help clear things up. That’s still Bryce Alford! And he’s only a junior. He’s a shoe-in for next year’s team, with a chance at the Christian Laettner Hall of Fame (the next level of honor for this situation).

Two first ballot Christian Laettner Hall of Famers are back for the Badgers. These two have been through so much. Hayes is officially sick of student-athlete status:

Nigel Hayes has arrived at GameDay and, of course, he has a sign. @darrenrovell pic.twitter.com/tMd5Vk4zT9

Koenig probably spends most of his time researching which European country he’ll spend his next 12 years inhabiting and blessing with silky mid-range jumpers.