Skip to content
Posted on February 13, 2017 by Shane McNichol

Hey, everyone! Welcome back to basketball season. This is our weekly check-in to all things basketball, across the entire landscape. If something happens on the hardwood, you’ll hear about it every Monday morning, right here.

The NCAA Selection Committee, for the first time ever, released their top 16 seeds based on the season to date. It made for a boring, low-stakes 30 minutes of television, and at most, a peak into what could be how some of the bracket looks one month from now.

Fans of the early release preach the transparency of the committee. For my money, the committee has always been transparent, with the chair always answering ample questions after the release in March. Pulling back the curtain a month early just makes their job even sloppier. If a certain team moves a lot, either way, over the next month, won’t everyone be wailing about where that team was at their first reveal?

Good idea or not, the release happened, so let’s review some of the highlights:

Where is the Big Ten?: Remember when the Midwest boasted America’s top conference in years past? Not so this year, with the entire conference excluded from the top 16 slots. Now, when Purdue or Wisconsin adds a Big Ten regular season or tournament title to their resume, they could receive a bump into that group, but for now, the committee made a bold statement: The Big Ten is down this year and they are not blind to that.

The Butler is doing it: Potentially in place of a Big Ten team was the Butler Bulldogs, grabbing the last 4 seed in the early reveal. If you’re looking to draw conclusions about the committee’s mindset, look no further than Butler. The Bulldogs have a ton of big wins this season, but already have six losses, some of which have been mighty questionable. Wisconsin and Cincinnati were on the outside looking in, with 3 and 2 losses this year, respectively. This committee appears to value the strength of wins over the negative affects of losses.

Gonzaga at #4: That sentiment is reinforced by Gonzaga’s position in the first look at the bracket. Yes, the undefeated Zags were on the top line, but as the fourth number one seed. The Zags have 6 wins against the top 50, compared to 8 for Kansas and 10 for Baylor. Both Big XII teams have three losses each, with the Zags yet to drop a game all year. It would seem big wins matter more than avoiding losses. To be fair, Gonzaga won its biggest game of year mere hours after the reveal and could have leaped. And none of the other teams in the serious mix for a #1 seed play out West, meaning Gonzaga’s place one to four doesn’t mean much.

Duke? Duke! Duke. DUKE: College basketball this season is the Duke Blue Devils’ world and everyone else is just living in it. The Devils have five losses this season, but only two with Coach K on the bench, and one of those came without Harry Giles and Jayson Tatum. Duke has been such a mish-mash this season that judging the entire resume is difficult. It appears the committee placed the focus on the team’s success with Coach and a little bit of the eye-test to place Duke as a four seed right now.

All the buzzer-beaters and game-winning shots this time of year are great, but one Twitter user has found the best way to make them all even better. I can’t believe this is true, but every big basketball shot is a lot more fun when paired with Celine Dion’s “My Heart Will Go On”.

Palestra Back: We covered Maryland’s weird season and all the biggest names in father-son combos in college basketball.

Larry Brown Sports: I’ll be contributing to LBS this season, starting with an exploration of five under the radar teams.

Rush the Court: A breakdown of struggling teams across the nation and their chance at a tourney bid.

And PB shirts are still on sale! Grab a Center City tee while the Sixers still have all three big men: 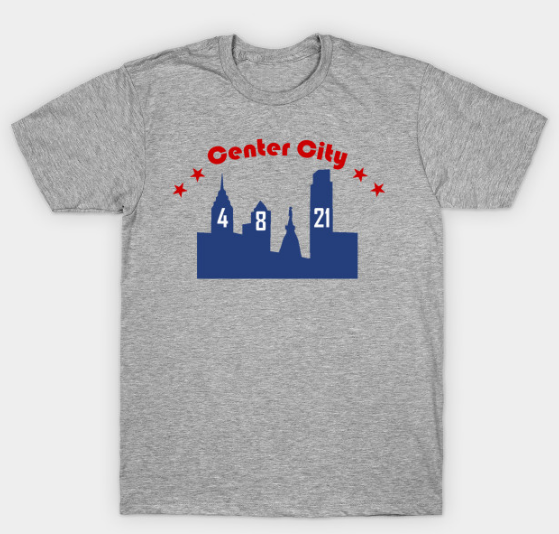 Bleacher Report’s profile of Bucks rookie Thon Maker is quite the read.

If you aren’t familiar with Wisconsin’s Ethan Happ, check out SBNation’s breakdown of how he’s been carrying the Badgers.

Foods to Put Peanut Butter On

Kansas at Baylor, 1 PM on Saturday on CBS

Currently both listed as one seeds by the selection committee and any brackelogist worth reading, the two best teams in the Big XII can answer some lingering questions when they square off next weekend. A Kansas win locks the Jayhawks in as a top seed, and brings them into the conversation for the top overall seed. A Baylor win solidifies the Bears as a likely top seed as well. In the end, the ordering of the four number one seeds won’t matter much, with Villanova, Gonzaga, Kansas, and Baylor all located closest to a different regional site (New York, San Jose, Kansas City, and Memphis, respectively). Baylor is the least likely of the four to stay on the top line, so beating Kansas next week would go along way. With three southern-based ACC teams (UNC, Louisville, and Florida State) as the next threats in line to earn a top seed, Baylor is in need of some separation.

Not to mention, Kansas’ oft-discussed conference championship streak relies on a win in Waco. After the Jayhawks nipped the Bears at home, the viewing public circled the re-match as a chance for Baylor to hold serve. This is the type of game Kansas has won over the past 13 years to build this streak. Baylor can put a lot of questions about its team to rest with a win.

I’m not a gambling man, and wouldn’t recommend you are either, but since this blog began, I’ve been asked for gambling advice just as often as I’ve been asked about my genuine basketball opinion. Even if I don’t have any money in the game, I watch a lot of hoops and might just be able to pick you some winners. (Last week 2-0-1, including a brutal last second push preventing a 3-0 week/ Season 13-16-1)

Arkansas State (-1.5) over Texas State: Locked in a four way deadheat for the Sun Belt Conference crown, Arkansas State just lost a tough one to their top competitor, UT-Arlington. Needing to keep pace, the (Googles…) Red Wolves need a win to stick at the top of the standings. Texas State sits in the bottom half of the conference, yet to beat anyone as good as Arkansas State.

Morgan State (-1) over Howard: The MEAC is the worst conference in college basketball, with 12 of the 13 teams in the league in the bottom 50 of Ken Pomeroy’s rankings. Morgan State has at least been competitive in conference play, whereas Howard has only three wins against Division I opponents.