No NBA team has ever had success with a player having a stronger voice than the coach. Not even Michael Jordan’s Bulls teams, who always operated within Phil Jackson’s Triangle offense and zen attitude. Even when James was in Miami he was vocal, but within Erik Spoelstra’s system. James knows he’s the best player in the world and the level of influence that goes along with that. He’d be better off using that influence to support those around him, rather than undermine them.

Hoo, boy. The Sixers lineups have already had more “Who’s?” than the town the Grinch lives above. Now the carousel is open for business. Keep your cell phones charged. You never know who Hinkie will call for a 10 day.

So why watch this one? Because if the Sixers win, NBA Twitter and ESPN will explode with doom and gloom about the mess in Cleveland. When in doubt, root for chaos.

First, Byron Scott detailed the backward thinking the Lakers would bring bringing on the court this year. They have followed with a 10-23 record, because of course they did.

Now, Byron Scott says he wants Kobe Bryant to shoot even more than the ridiculous amount he’s already shooting. If Kobe does start shooting more (and he will because he’s Kobe) and the Lakers start to lose even more (and they will because the Lakers are 3-10 this season when Bryant shoots more than 22 times), Bryon Scott will be befuddled as to why his strategy has failed. Meanwhile the rest of the basketball loving world will continue to happily watch this trainwreck, like this: 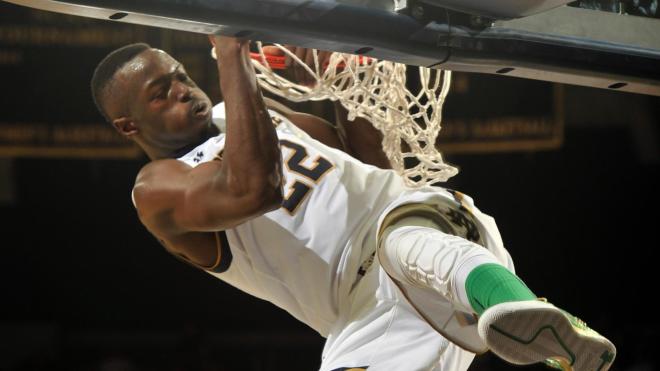 Quite simply, Marcus Paige battles Jerian Grant (who should be in the next Avengers movie, after his dunk on Saturday).

Big game early in the Big XII season. Oklahoma’s schedule is nuts. They’ve already played 4 ranked teams (when the game was played) and have 9 games to come against currently ranked teams.

Possibly the biggest game of the Big East regular season. Both teams coming off of a loss, but still the early favorites to take the conference crown.

Saturday, (deep breath) THERE ARE 145 D-1 GAMES NEXT SATURDAY

That’s three top 10 teams (thought Iowa State will drop in the new poll released today) playing on the road against top 20 teams. Let’s go live to Iowa State coach Fred Hoiberg with how you should feel about that sentence:

(Note: Every edition of This Week in Hoops ends with a song. I’ve compiled all of these songs into a playlist that you can find here. For obvious reasons, it’s a bit holiday heavy right now. It will even out soon enough.)