I don’t think I’ll ever fully understand how there’s such a defined divide between college basketball fans and NBA fans. I recognize the differences and I myself have my own preference, but it baffles me how often fans of one refuse to watch the other.

As odd as I may find this separation, I can’t help but accept that it exists, and do what I can to help.

So for you NBA nerds who want to catch the occasional NCAA game, but aren’t sure who to be watching, or, and most importantly, how it will affect the NBA in the near future, let’s meet some guys who are making waves on draft boards.

This year’s draft class is heavily skewed towards big men. Jahlil Okafor, Karl-Anthony Towns, Myles Turner, Kristaps Porzingis, Kevon Looney, and Willie Cauley-Stein are all projected top 10 picks. For months, the only guard worth mentioning as a top 5 pick was Emmanuel Mudiay. After he shipped off to China, played pretty well for a while, suffered an ankle injury, and hasn’t stepped onto the floor since November, well it’s safe to say the jury is still out. Meanwhile, back in the States, D’Angelo Russell is opening eyes and dropping jaws.

He’s averaging 19 points, 5 rebounds, 5 assists, and almost 2 steals per game, and that only touches the surface of what he’s capable of. The numbers look great, but his ability to flash has become his greatest strength.

First it was the “Angelina Jolie in Wanted” pass he threw against Iowa.

Then he not only threw another screwball backdoor pass, but also broke some ankles and finished with 33 points, 7 rebounds, and 6 assists.

If you’re nitpicking for weaknesses, he needs to get stronger and he may be a bit of a tweener (he’s not a true point guard or shooting guard), though he hasn’t shown much else to not like.

When Johnson started this season, he struggled to make all of his skills click. You often see that with guys who are still figuring out their game and how to use elite athleticism (UCLA’s Kevon Looney, a potential lottery pick, is going through this right now). Some of these guys never put it all together (Tyrus Thomas and Marvin Williams come to mind) and others just take a few years in the pros (Tobias Harris is still in the process).

It’s become quite clear that this won’t be a problem for Stanley Johnson. Exhibit A:

Arizona finally showed how good it could be against Utah: http://t.co/Ua1nIllQqw https://t.co/BtJS9uTqfd

Remember when every European big man was billed as a stretch four?

I think those days are over. Jusuf Nurkic is playing tough for Denver. Jonas Valanciunas is a huge part of Toronto’s success. Nik Vucevic is a rebounding machine. Nik Pekovic is a supervillain.

Poeltl looks like the next evolution of this change. He moves like a man half his size, with near perfect footwork. Watch him on this pick-and-roll: 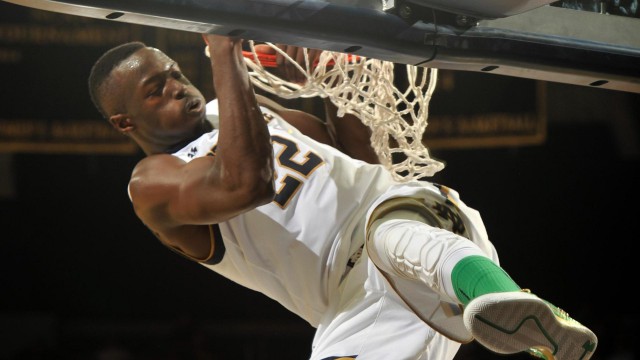 There’s no doubt about how good Grant is playing this year. He has been one of the best players in the country. The problem moving forward is his age. NBA scouts don’t like falling in love with seniors who make a leap and are now dominating teenagers. We saw the same thing last year with Adrien Payne, DeAndre Kane, and Melvin Ejim. Scouts stay away because they know what you are and how much you can still grow as a player.

Grant, however, didn’t make his leap this year. He was averaging 19 points per game last season before being ruled academically ineligible for the rest of the season. He looked as good in the 12 games he played last year as he has this year.

Beating Duke last night was just the beginning. No one in college hoops heatchecks like Jerian. He could go full Kemba/Shabazz in March and we’d be in for quite a ride.

Shane McNichol is the founder, editor, and lone contributor at PalestraBack.com. He hopes someone gets the reference in the title/header image for this post. Oh, and he should mention that his friend Stan helped him with some of the comps, particularly and ironically, for Stanley Johnson. Follow Shane on Twitter @OnTheShaneTrain.