Now, my thoughts on court-rushing have been covered here before, but let me elaborate on this specific scenario. (I was actually debating with my mom during the game whether the ND fans should/would storm). The Irish are a top 10 team. I don’t know that that gives them the right to storm against anyone. Maybe Duke were undefeated and #1, but short of that, I’m with Jerian here. I also think him stopping a potential court rush is about the coolest thing ever. Really want the Sixers to draft Grant with Miami’s pick and unite him with his oddly-younger brother Jerami.

The Hawks winning streak has hit 19 following a close victory over the fiesty Sixers. Atlanta just about perfectly represents a team of good players, who all know their roles. Kyle Korver shoots 3s. Paul Millsap battles on the boards. Horford scores in the post. Dennis Schroeder has cool hair and does Baby Rondo things. Pero Antic and DeMarre Carroll give energy and toughness. Mike Muscala is re-inventing the 3-Goggles game. And Firsto Lasto…er, I mean, Jeff Teague runs the point and makes it all work. Isn’t it amazing when basketball works out?

The Hawks look to keep the streak alive early in the week before the big weekend showdown with the Warriors.

The Western Conference Musical Chairs Playoff Race heats up as the two teams currently on the outside looking in play a home-and-home this week. 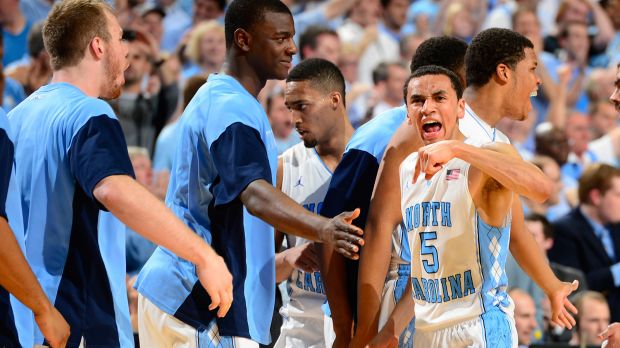 Two top teams both coming off tough losses battle on Monday. Then Virginia’s trip through the violent ACC car wash from hell continues.

Let’s see just how much young Kansas has grown up, while seeing the most competitive conference in America’s top two teams.

A rivalry game with more than just bragging rights on the line is always welcome.

Florida’s season is as confusing as it gets. They’ve lost 9 games to opponents whose average RPI is 46. Maybe they finally turn into giant killers when the Cats come to town.

Welcome to the ACC, Notre Dame. You beat them at home. Now see what you can do at Cameron.

Should be a great week. Enjoy the games, everybody.

(Note: Every edition of This Week in Hoops will end with a song. I’ve compiled all of these songs into a playlist that you can find here. And yes, I did just country it up a bit.)

7 thoughts on “This Week In Hoops: Streaks, Storms, and the SLAMBONI”