No changes from last week? Yup. Everyone held serve for the most part. Lotta big games coming this week that will result in big changes.

It doesn’t feel like the Portland Trailblazers are the fourth best team in the NBA, but the only way we’ll sort out the West is by actually doing so in the playoffs.

Episodes of Parks and Recreation

Tonight is the last episode of one of the greatest sitcoms of all-time (and one of my personal favorites). That being said, it would be wrong to list anything else.

After going through and ranking all of It’s Always Sunny in Philadelphia and now Parks, several differences stood out. Parks is more consistently engaging from episode to episode, but Sunny is certainly more laugh-inducing.

The biggest difference is Parks’ ability to produce episodes like “London”, which is not only funny, but also heartwarming and beautifully shot.

Remembered by most for the insanity of real-life couple Nick Offerman and Megan Mullally, for my money the biggest laugh in this episode comes from the cops in the scene above.

No better way to dive into characters than by letting each of them plan his own impromptu bachelor party.

Ron’s love of Mulligan’s steakhouse brings out the best in him, while cologne-mogul Dennis Feinstein brings the best out of Tom and Ben. 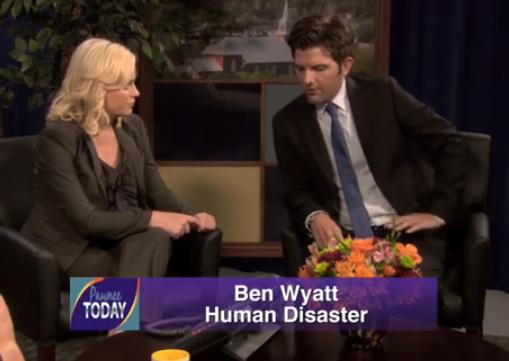 I don’t really understand the point of acting awards if we aren’t going to give one to Adam Scott for his performance in this episode (or Nick Offerman’s for the entire show, but in the words of Ron Swanson…).

Your first thought, like mine, when seeing this title might be lukewarm. Leslie and Ann’s portion of the episode (where the title comes from) is good, not great. Drunk Leslie annoying Louis CK and the rest of the department digging up dirt on each other? Now that’s great.

What you see above is the best scene in the history of the show. Plain and simple. It’s a perfect back and forth. Every line funnier than the last.

The rest of the episode is really great too.

then everyone gets hungover..

…all around a perfectly crafted story that features possibly the best writing and acting of two female friends fighting that you’ll ever see.