Skip to content
Posted on March 1, 2015 by Shane McNichol

Bracketology is a science of falling dominoes.

Gonzaga’s home loss to BYU on Saturday night obviously affects the Zags, but the ripple effect can be felt rumbling across the country. Most projections had them as a #1 seed, and rightfully so. They were undefeated, save for a road loss at Arizona, one of the eight best teams in the country.

Now with the home loss to BYU, things have changed for Mark Few’s squad and the rest of the nation’s elite. This year, that group includes the top eight teams. In fact, it’s nearly historic how much the top 8 have separated themselves from the rest of the pack. I took part in a mock selection process this year and the top 8 seeds were chosen nearly unanimously.

Kentucky, Virginia, Duke, Villanova, Arizona, Wisconsin, Gonzaga, and Kansas will be the top eight seeds in the NCAA tournament, barring another Gonzaga loss or a mini-collapse by Kansas. Even one more Gonzaga loss to St. Mary’s or BYU in the WCC tournament might not drop them to the 3-line and Kansas would need some very bad losses down the stretch, especially after Arizona won at our ninth best team, Utah.

Knowing that, we can start to look towards the tournament and see how these teams will jockey for position based on the bracketing process.

(Keep in mind, when we talk about where games are to be played, in means in the second weekend’s games. The top 8 seeds are essentially guaranteed to play their first weekend’s games at the site closest to home.)

Kentucky will be the #1 seed in the Midwest region, playing their Sweet Sixteen and Elite Eight games in Cleveland. 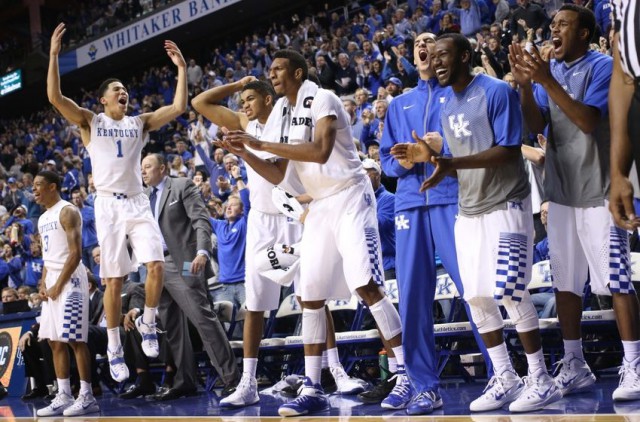 There is no realistic scenario in which this does not happen. Even if the Cats drop one or more of their remaining games, they will still be the #1 overall seed, meaning they will play in the region closest to home, Cleveland.

Virginia will be the #1 seed in the East region, playing their Sweet Sixteen and Elite Eight games in Syracuse. 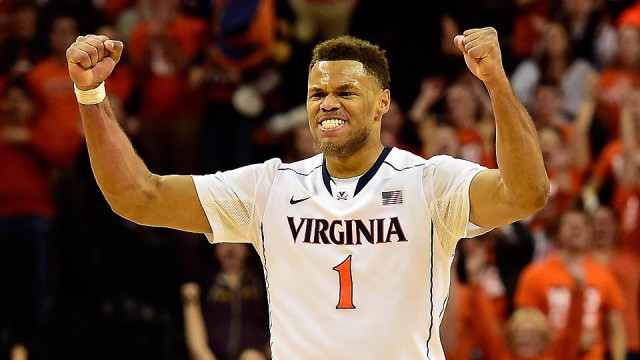 The Cavaliers have done enough this year to warrant a top seed and no loss they could suffer the rest of the way would hurt them enough to take that away, especially with Justin Anderson currently sidelined by injury. Their remaining regular season games are both on the road against solid competition and they will have a double-bye in the ACC Tournament. With no landmines left on the slate, they can feel comfortable that they will be the #2 overall seed and play in the region closest to home for them, which means they’ll head to the Carrier Dome. 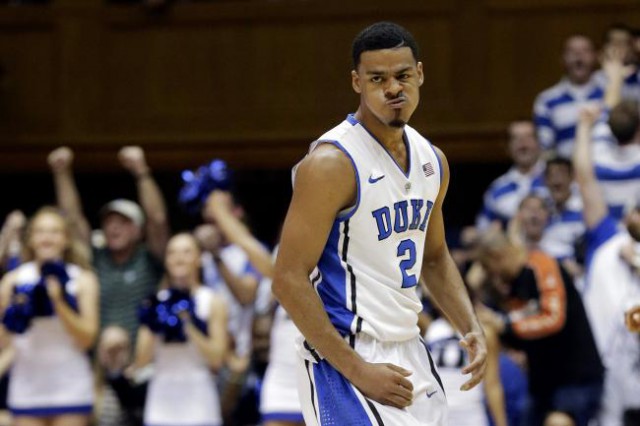 The Blue Devils will be a #1 seed, but I can’t guarantee where they will go. If they were to avoid a bad loss to Wake Forest or an upset in the conference tournament,  they can lock up the #3 overall seed and play their regional games in Houston. If they slip up down the stretch and Wisconsin or Villanova were to win-out, the Dukies could be sent out West to Los Angeles.

The Rest of the Pack

Villanova is in the best position to secure the fourth #1 seed. 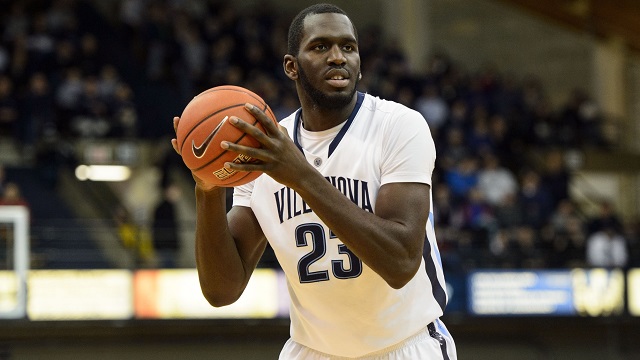 The Wildcats have been on fire over the second half of the season and put themselves in perfect position to be a top seed. The problem is, this means heading out to the LA regional. Due to bracketing rules, if Villanova were the top seed in this region, neither Arizona nor Gonzaga could be the #2 seed in the region, as it would cause a home-court disadvantage for the top seed. That means, most likely Wisconsin would also fly west with Villanova. Would Jay Wright and Nova Nation rather potentially meet the Badgers out on the West Coast or Virginia at the Carrier Dome, much closer to home, with a ton of Cats fans in attendance? You’d probably favor the first scenario, but it’s closer than people might think.

Wisconsin has a wide range of possibilities.

The Badgers still have enough chances to impress that they could still earn the final #1 seed, though they’d face a similar dilemma as Villanova. The top seed means a flight out West. Under the same bracketing logic as before, Gonzaga and Arizona couldn’t join Wisconsin in LA. Villanova would most likely be kept close to home in Syracuse, meaning Kansas would join the Badgers region. This is a clear best case for Bo Ryan’s squad.

If that doesn’t work out, making things worse than Villanova’s dilemma, being the #2 seed closest to home means dancing in Kentucky’s region. Depending on how the seeds were distributed throughout the four regions, Wisconsin would rather head to Houston or Syracuse than meet Kentucky before the Final Four. 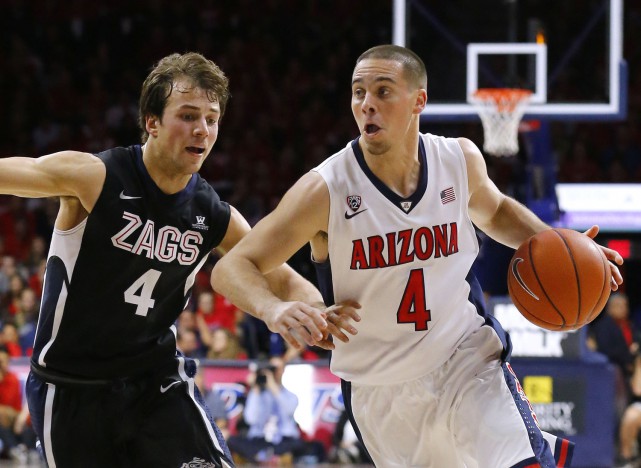 The two West Coast teams are now attached at the hip. Gonzaga’s chances at the #1 seed went out the window as Kyle Collinsworth beat them with an endless stream of offensive rebounds. The Zags are now stuck rooting hard for Arizona. If Sean Miller’s Wildcats (thanks to Villanova and Kentucky also being the Wildcats, I need to be ultra-specific there) can rise to the top line, both teams will stay out West and play in LA.

If they can’t, then both teams will be shipped East as #2 seeds. If either were to slip to the 8th overall seed, they’d be stuck in Kentucky’s region, where no one wants to be.

Kansas is still a mystery. 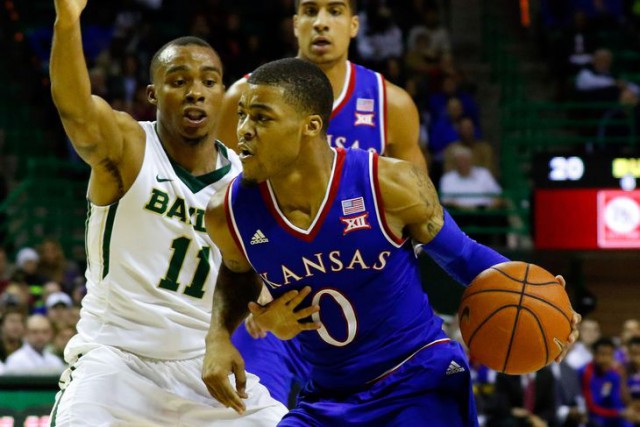 The Jayhawks still have games against two ranked teams remaining in the regular season (vs WVU, @ Oklahoma). If they were to sweep those and win the Big XII Tournament, the Jayhawks may sneak the final #1 seed. If they stay on the #2 line, their central location and the unique scenario with Gonzaga and Arizona could mean any of the regions are still possible.

What the hell does the committee do with Utah? They may be the linchpin. 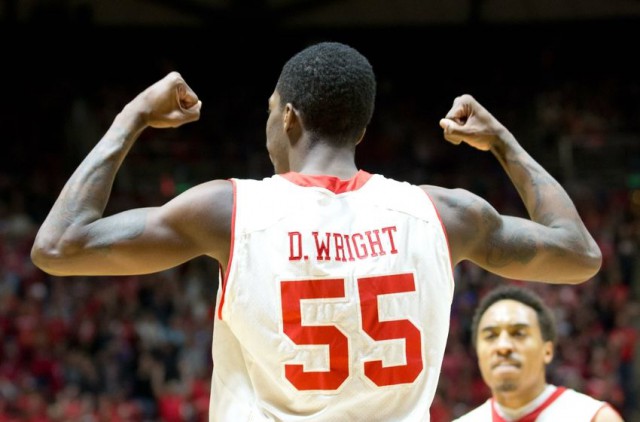 Assuming Utah is a 3-seed, which is very likely, they may throw some wrenches in the bracket. In the scenario where Arizona and Gonzaga stay out West, Utah heads somewhere like Houston, because two teams from the same conference can’t be in the top 4 seeds of the same region (and Arizona and Utah are both in the Pac-12).

However, in the scenario where Zona and Zaga head East, would the committee view Utah as having an unfair home-court in LA against 1 and 2 seeds from the East? If so, they’ll be stuck sending all three of the West’s best teams East, which they’d hate to do. Because of that, it may be most likely that if Arizona and the Zags can somewhat hold serve the rest of the way, the committee would look to keep them as the top two seeds in LA and send the Utes to Houston.

The next two weeks will decide a lot. 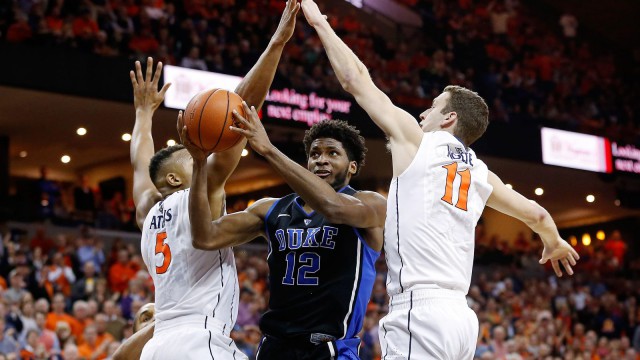 This all may sound trivial to you, but for the teams involved and the committee deciding these things, this is huge. Everyone wants to stay near home, though they may prefer staying away from Kentucky’s region even more. The last week of the regular season and the conference tournaments will has out the all-important separation between the #4 overall seed and the #8 overall seed.