Skip to content
Posted on January 18, 2017 by Shane McNichol

It’s a simple question with a complex answer.

Philadelphia has been a mainstay of March Madness with one of its six Division I schools making the tournament every single year since 1977. In that stretch, the City of Brotherly Love has place multiple teams in the tourney 34 of those 39 years. Twice in that span, four of the City 6 reached the NCAA Tournament, with Villanova, Penn, Temple, and Drexel in 1995 and Villanova, Temple, St. Joe’s, and Drexel in 1986. (Sorry, purists. It’s never been 4 from the Big 5, only years where Drexel made the Dance has the city been able to get a fourth team.)

This season, the six teams sit scattered within the college basketball landscape. Today we’ll rank them from most likely to dance in March to most likely to hang at home.

Yeah, you knew that was coming. The defending champions look really strong. For Jay Wright’s club, there are a lot more questions about seeding and if they are deep enough to make a run like last season than about if they’ll make the tourney at all. Villanova will be there, and if Jalen Brunson and Josh Hart continue to play the way they have been, the Wildcats will stick around for a while.

Now things get a lot murkier. The Explorers are off to a good, but not spectacular start to the season. A top 100 strength of schedule helps a lot, but La Salle didn’t capitalize and collect a signature non-conference win. The Explorers are likely out of the running for an at-large bid already, per the King of Bracketlogy himself:

Very unlikely at-large, but very entertaining when they are unselfish. https://t.co/3MNkY1MtdC

That still leaves the chance at an Atlantic 10 championship to earn a bid, which may not be impossible for Dr. Giannini’s club. The Explorers are off to a nice 4-1 start in the conference, with a big win at Rhode Island under their belt and the lone loss coming at tricky Dayton. La Salle needs to keep pace with the A-10 leaders and make a run during the conference tournament in Pittsburgh this March. That’s a tough task, though not impossible.

The Quakers sit on the opposite end of the spectrum. Steve Donahue and his team were expected to have a chance to reach the first ever Ivy League tournament (where the league’s top four teams will decide the automatic bid).

Even after starting 0-2, with losses to Princeton and Yale, the Quakers looked OK. Ivy League hoops expert Mike James had Penn’s chances of reaching the conference tournament at 63%, with a 1-in-5 shot at the Big Dance:

Then Penn went and lost to a bad, bad Brown team. Following James’ tweet recap of that game is near heartbreaking:

I mean, there are four spots in the Ivy Tourney, but even still, Penn is, umm, living dangerously right now.

If I'm Penn, I don't want to explore the winding (yet still not long odds) path from 0-3 to the fourth seed, but that's just me.

Well – if you wanted to blow the #PathToThePalestra wide open, Penn losing to Brown was the recipe to do just that. Here are updated odds:

The Quakers double-digit loss to Brown rocked their chances, plummeting from the mid 60s to a measly 27% chance.

Penn will spend the rest of the season climbing directly uphill, two game home and road stands at a time. Non-conference games with St. Joe’s and La Salle gives the Quakers a chance to right the ship before returning back to the Ivy schedule. If they can squeak out a spot in the semi-finals, Penn would enjoy home court advantage, with the Palestra serving as the home of the Ivy League Tournament. Getting there won’t be easy. 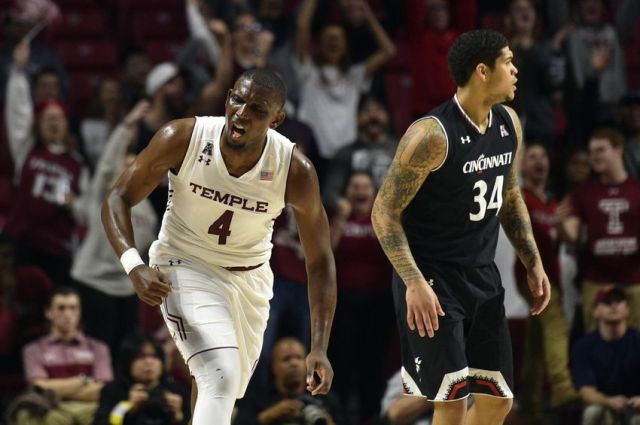 Speaking of complete and total bed wetting, say hello to the Temple Owls.

Thanksgiving weekend, the Owls beat Florida State and West Virginia, both now ranked in the top 15, on back-to-back days. It was as good a two-day stretch any college basketball team has had this season (Followed by the two days in which Grayson Allen managed to not trip or attack someone for Duke.)

An at-large bid was firmly in Temple’s sights heading into conference play aaaaaaaaaaaand the wheels fell off. The Owls have started 1-5 in the AAC. Losing to Cincinnati and at SMU is excusable. Losing to UCF, a stumbling UConn team, and Tulsa (at home!) is absolutely not. At-large dreams are out the door and now the Owls need to scramble just to prevent themselves from imploding before the conference tournament. This team showed itself to be capable of playing great basketball and will need to do so again to reach the tournament. That two day stretch in November will need to be recreated in mid-March for the Owls to find their way to the Big Dance. 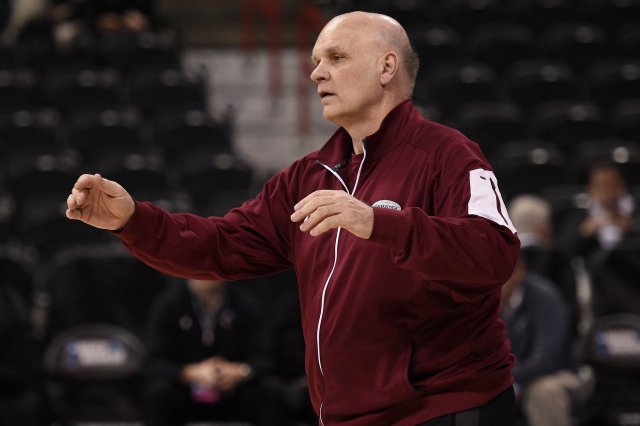 The Hawks’ fate was essentially sealed when Shavar Newkirk’s MRI revealed a torn ACL. Without the senior guard’s playmaking ability, a young St. Joe’s team just doesn’t have enough firepower to compete in the Atlantic 10. The only hope on Hawk Hill comes from young players leanring quickly and gelling by conference tourney time. More likely, those young players develop this year and Phil Martelli attacks next season with the tournament in mind. 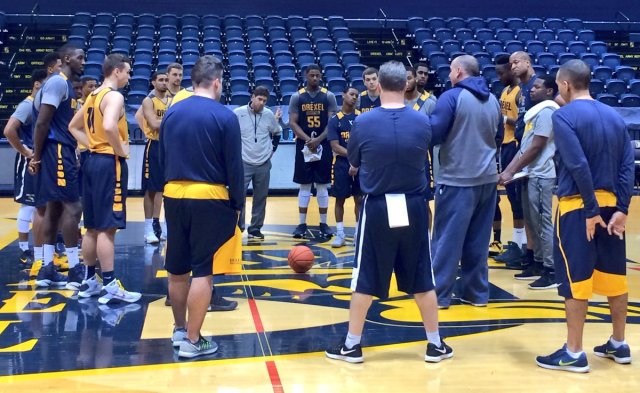 The Dragons have had a rocky season under first-year head coach Zach Spiker. A 7-11 record doesn’t sound too bad, but Drexel’s wins have been less than impressive. One came against a non-Division I opponent and the other six came against teams with an average KenPom ranking of 297 (out of 351 teams). Here’s to hoping Spiker can develop his freshman class and become a factor in the Colonial Athletic Conference in the near future.

One thought on “How Many Philadelphia Schools Will Make the 2017 NCAA Tournament?”