Skip to content
Posted on March 6, 2017 by Shane McNichol

Hey, everyone! This is our weekly check-in to all things basketball, across the entire landscape. If something happens on the hardwood, you’ll hear about it every Monday morning, right here.

Conferences tournaments have begun but they hit their stride this week, leading up to the wonder of Selection Sunday. So much is still undecided and the conference tournaments pack so much pressure and excitement. The next six nights are among the best basketball we see all year. Let’s breakdown the biggest storylines out there:

Number one seeds are all but locked up, but still need final stamps of approval. We should see Villanova, Kansas, North Carolina, and Gonzaga on the top line next Sunday, though there is still time for change. Kansas and Villanova are locked and could lose their first conference tourney game and still be a top seed. North Carolina has about a 99% chance, but beating the winner of Syracuse-Miami would make it official. Gonzaga stays on the top line with a WCC Tourney championship and could still be a one with a loss to St. Mary’s or BYU in the final. The Zags would be waiting to see how the Pac-12 Tournament shook out in that case and are better off controlling their own destiny.

Bubbles! Bubbles! Bubbles! Conference tournaments work out perfectly for sorting the bubble most years since they often pit similar teams against one another in the early rounds. Quarterfinals and opening rounds usually equate to two teams on uneasy footing getting a chance to play a “loser goes home” game. Looking around the landscape, these games stand out as duels to the death:

And that’s just two bubble teams playing each other. Tons more bubble teams have a crack at a big upset or need to avoid disaster against the also-rans of their conference.

BID THIEVES ARE LURKING! Teams that are locks for an at-large bid can cost the bubble teams a spot by failing to win their conference tourneys. If someone other than Dayton or VCU wins the A-10 title, all three will make the field and one less spot will be available for the bubble dwellers. The same goes for Gonzaga and St. Mary’s (WCC), SMU and Cincinnati (AAC), and maybe Middle Tennessee (Conference-USA). Even in conferences that are sure to be a one bid league, an upset victory can feel so exciting and heartbreaking at the same time. When a team like Monmouth fails to win its conference tournament, an inferior team makes it to the Big Dance, the conference’s chance of a Cinderella are decreased, but the drama of the upset is wild. Keep an eye on Vermont, UNCW, Akron, Nevada, UT-Arlington, and Bucknell for cases like this. Each could be the next big upset danger lurking or a forgotten team by next week.

It’s buzzer-beater season. Check out this Indiana high school team with a miraculous shot, down 1 with less than a second left.

Down 1 with less than a second left, Central Christian's Josh Clanton sinks this full-court shot for the win in @IHSAA1 sectional action. pic.twitter.com/OmYFzLLeWY

John Stockton describing why he chose his wife over her twin sister is high comedy:

John Stockton was in rare form at yesterday's Hall of Honor ceremony 👀 pic.twitter.com/TQ8UkdsqbB

Palestra Back: For those excited to fill out a bracket: five teams capable of ruining your picks.

Rush the Court: I did some research and studied the claim that this year’s bubble is worse than past seasons.

And PB shirts are still on sale! Get the hottest shirt for March before it’s too late: 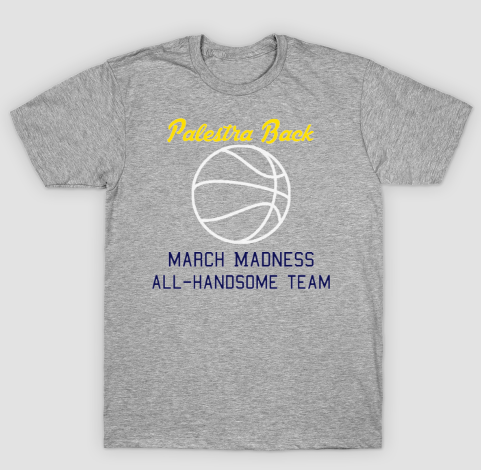 The New York Times profiled a college team who is undefeated, thanks to the Golden State Warriors.

Former Georgetown Hoyas are fed up with John Thompson III. The quotes many gave to ESPN’s Jeff Goodman are frank and damning.

ALL THE GAMES, JUST WATCH BASKETBALL NON-STOP THIS WEEK 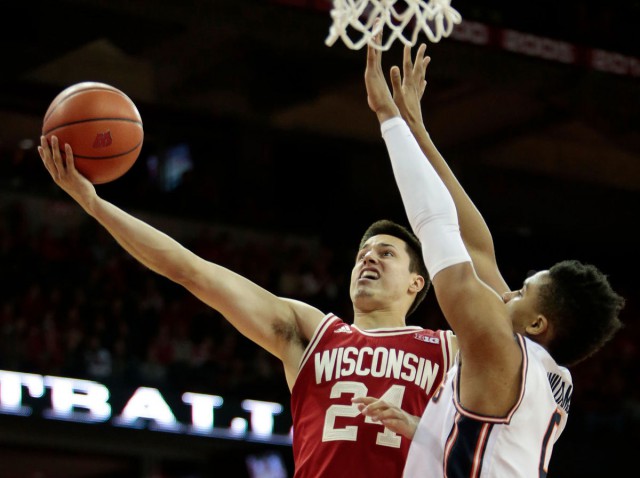 I can’t really say more than this. Watch the small schools storm the court when they win their conference tournament. Watch the blue bloods square off for top seeds and bragging rights. Watch bubble teams scratch and claw their way in or out of the NCAA Tournament. This week dreams will come true, heroes will be born, and tears will be shed. WATCH BASKETBALL.

I’m not a gambling man, and wouldn’t recommend you are either, but since this blog began, I’ve been asked for gambling advice just as often as I’ve been asked about my genuine basketball opinion. Even if I don’t have any money in the game, I watch a lot of hoops and might just be able to pick you some winners. (Last week 2-1 / Season 17-20-2)

Cavs (-8) over Heat: Miami beat Cleveland by 28 points two nights ago in Florida, with LeBron and Kyrie resting in street clothes. Things will be a bit different with the Cavs at full strength and in Ohio.

Shane McNichol is the founder, editor, and writer at PalestraBack.com. He has also contributed to ESPN.com, Rush The Court, SALTMoney.org, Larry Brown Sports, and USA Today Sports Weekly. Follow him on Twitter @OnTheShaneTrain. If you have any suggestions, tips, ideas, or questions, email them to palestraback@gmail.com.

One thought on “This Week in Hoops: March 6”