Skip to content
Posted on February 6, 2015 by Shane McNichol

There is nothing more satisfying than replying to “Can you believe that upset?” with “Yeah, I picked it in my bracket.”

Case in point: When I was 14 years old, I correctly predicted 14th seeded Vermont’s upset of Syracuse in the first round. The swaths of people watching around me, many of whom had picked Syracuse to advance far into the tournament, couldn’t help but cheer for the Catamounts and for me to feel that joy.

Those are the sweetest victories. Maybe you’d never heard of the school you picked. Maybe you have no idea why you picked them. But that doesn’t change how great it feels to spot Cinderella from across the dance floor.

Here then, to make this task easier for all of us, are four teams who could pull off a shocker next month.

The Lumberjacks (yes, the Lumberjacks) have the experience. Last year’s team upset VCU in dramatic fashion to advance to the round of 32 (That game also belongs on my list of upsets picked correctly). This year’s team ranks third in the nation in defensive turnover percentage and has only three losses, to teams with an average RPI of 20.

This year’s team also hasn’t beaten anyone of note. Their two best wins are Memphis and Long Beach State (THE BEACH). The average RPI of teams they’ve beaten sits at a lowly 206. They’ve played the nation’s 273rd best schedule. Sure, they’ve taken care of business, but they haven’t had much business to handle. They are George Costanza working on the Penske file. 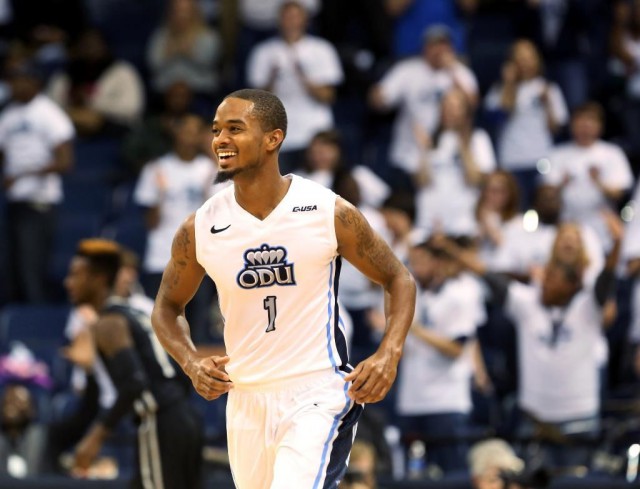 Unlike most of the other teams on this list, the Monarchs have quality wins. They’ve beaten VCU, LSU, and Richmond, all of whom sit in the KenPom top 50.

One of the most essential factors in any NCAA Tournament upset is actually being invited to participate in said tournament, which is no guarantee for ODU. Despite their quality wins, their at-large resume is shaky at best. Even worse, they sit in 5th place in Conference USA, leaving an uphill climb to an automatic qualifier. They are chasing solid teams in Louisiana Tech and Western Kentucky, but thankfully get to play both of them at home down the stretch (including a huge regular season finale against WKU).

If Old Dominion’s name is called on Selection Sunday, keep an eye on them. And if not, I guess that means we need to give LA Tech or Western Kentucky a second look. 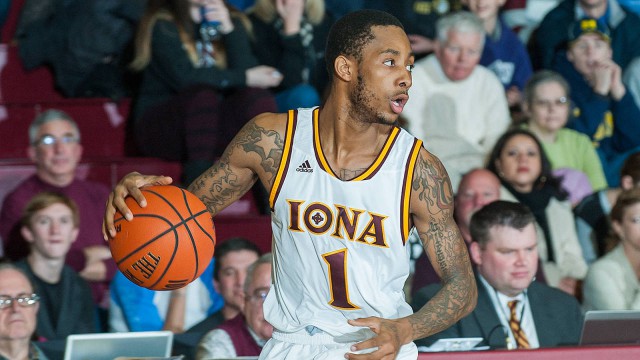 The Gaels (there’s no good reason for me to know that off the top of my head) are fifth in the nation in scoring and 12th nationally in assists. They are led by David Laury’s 21 points and 9 rebounds per night (including 10 games scoring 24+)…and AJ English’s 21 more points and 6 more rebounds per night (including 10 of his own games over 24+ which includes a 37-8-4 line against North Texas)…AND 14 more points and 6 more rebounds from Isaiah Williams…AAAAAAAANND 14 more points from Schadrac Casimir (who’s hit 8 threeballs in 2 different games this year and has a name that looks like a word spelled backwards).

That’s a lot of firepower. All 4 of those guys shoot better than 39% on three point attempts. If they get hot, they can beat just about any 4 or 5 seed (Joe Lunardi currently has Iona as a 13).

We’ll start with a little word called “Defense”. The Gaels don’t play any. They are 334th nationally in points allowed. Adjusting for pace makes it a bit better, but not much. They are 264th in defensive efficiency, per KenPom.com.

As mentioned above, they did beat Iona. They beat NC State. And “Wofford” is super fun to say and I guarantee would be fun to yell as they pulled an upset.

More importantly, they play a specific style. They play at the 324th fastest pace in college basketball. They make teams grind it out. Then, they allow the 18th lowest 3-pt shooting % and the 33rd fewest points per game.

They brought back all of the contributors from a team that made the tournament last season.

I don’t think they can beat every team they’ll potentially face, but if they are able to slow a team down and make them play a Wofford game, an upset is possible.

Oh, those lucky Terriers. Ken Pomeroy’s rankings account for how “lucky” a team has been throughout the season. Essentially, it compares your win-loss record to what it should be, given the rest of the metrics his rankings include. A team winning tons of close games will have a better record than they should, due to luck, and vice versa.

Wofford has been the 5th luckiest team in America so far. This could come back to bite them. They’d regress back towards what their numbers suggest they should be.

Or, there is something extra lucky about this Wofford team, and hey, you need a little luck to pull off the upset. LET RIDE ON WOFFORD.

(Side note worth mentioning: The luckiest team in the nation so far? Kansas.)