Hey, everyone! Welcome back to basketball season. If you were around these parts last year, you remember our weekly feature: This Week in Hoops. It’s changed a bit, but the essence is the same. If you’re new to Palestra Back, TWIH is a helpful guide to the recent goings on in the world of basketball. If something happens on the hardwood, you’ll hear about it here.

The Biggest Story in Basketball

Kentucky’s loss to UCLA was certainly surprising, but by no means a fluke. UCLA found and exploited the flaws of a young Kentucky team that will need to be fixed moving forward.

There is no consensus top team this season. There is barely a solidified top tier. Jay Bilas has been quick to point this out during the games he’s called so far this season. Last year, we had a handful of great teams. Ten years from now, you will remember that Kentucky team, that Duke team, and that Wisconsin team.

And that was just the absolute top. When the brackets were revealed, there was less intrigue than there may be in most years. Kentucky was a near lock to make the Final Four. Duke and its three top 20 NBA draft picks needed to beat the best team in Gonzaga history to advance from their region. In the West Region last year, Wisconsin-Arizona in the Elite Eight not only felt inevitable, but actually came to fruition. And lest we forget, Virginia was 21-1 with a healthy Justin Anderson in the lineup.

This year, any of those five or six teams would be the clear favorite to win the title in March. But this year, no one has shown the ability to reach that level yet. No team or group of teams stands head and shoulders above the rest of the pack.

For fans of the sport, this has both positive and negative affects.

Having (relatively) historically great teams produces the potential for historically great match-ups and games. We salivated all season hoping to see Duke play Kentucky or Wisconsin or Arizona. And thanks to the beauty of the tournament, we did get to see many of these teams play each other and the resulting games were extraordinary.

But in a year like this year, we have far less circles on the calendar. We will be excited when the best teams go toe-to-toe, even if it won’t have the same level of intrigue.

The good news, however, is that whatever excitement is lost in those match-ups is more than made up for in every other game this season. We will have upsets, shockers, surprise blowouts, buzzer beaters, and non-stop action at every level.

Parity leads to chaos, and chaos is a very, very good thing in this case.

As for how this affects the the level of competition and the relevant outcomes we’re looking forward to, we turn to noted college basketball enthusiast, Lord Petyr Baelish (from Game of Thrones).

The best teams in America will lose games this year, even ones we all expected them to win. Our conference champions, tournament darlings, and eventual Final Four contenders will be the teams who can raise themselves past these mistakes and excel at a higher level. The teams capable of climbing the ladder of chaos will be left standing when all is said and done.

Who will those teams be? Your guess is as good as any.

If you haven’t yet seen Comcast SportsNet’s resident goof/former Lower Merion point Guard Evan “The Evster” Monsky’s attempts to reunite with Kobe this week, it’s worth a watch. 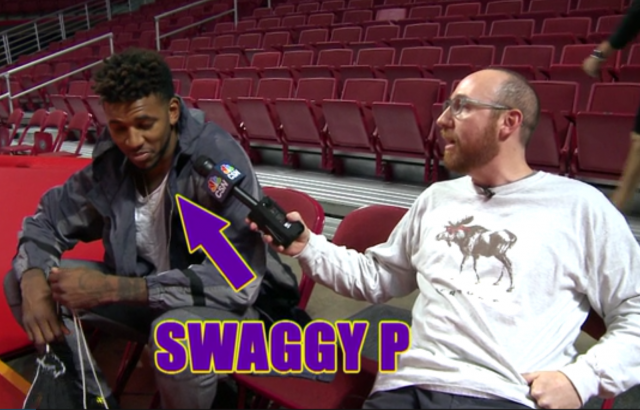 Also, after Kentucky’s loss to UCLA, SB Nation’s Ricky O’Donnell scooped up any lessons to be learned.

May the Tuesday Top Tens rest in pieces. Long live Rank Shots! If you’re not familiar, this is where we rank the best teams in the NBA, college basketball, and rank another totally irrelevant something.

We’ll do the books next week.

Something Vaguely Basketball Related You Should Have Seen By Now

“Fish meat is basically a vegetable.”

Games To Watch This Week

Woah! What did we do to deserve this game? Everyone stay on your best behavior today to make sure it still happens.

NCAA: LSU at Houston (5:30/ESPN2), Alabama at Clemson (wait this is basketball? don’t watch this)

Enjoy the Games, Everyone.