The Musketeers went from overrated to underrated in the blink of an eye. As the fourth one seed, Xavier catches some flack as the top seed least likely to fulfill its destiny and reach the Final Four. While it’s true that Xavier is the least likely of the top seeds to advance to San Antonio, that doesn’t mean we can write them off.

The Musketeers earned their seed by assembling one of the four best resumes in college basketball. That doesn’t mean Xavier is one of the four best teams in the nation, just that they performed well on paper. Again, this isn’t a reason to forget about Xavier. This is still one of the eight or ten best teams in college basketball. A loss in the Big East Tournament may have shown some of the Musketeers flaws, but also might have been the kick in the pants Xavier needed after treating the Big East regular season championship like the biggest goal on their to-do list. 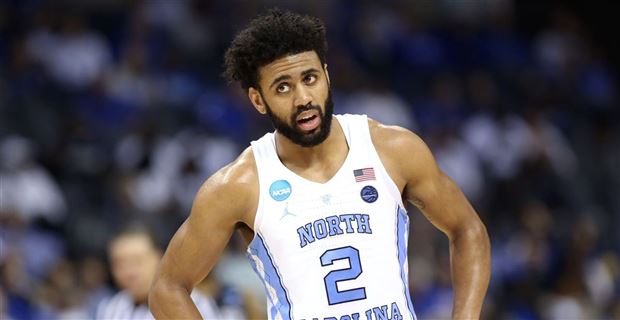 Somehow, the Tar Heels’ consecutive trips to the National Championship game have become underappreciated. The only thing between this program and back-to-back titles is the the best buzzer-beating moment in recent March Madness history.

Amazingly, Joel Berry is still around and looking for a third straight Final Four appearance. This year, he’s flanked by a team that fits together like puzzle pieces. Berry is a shooter and creator with the ball in his hands. Theo Pinson is a secondary option, with elite court vision for a small forward. Cameron Johnson and Kenny Williams slot in as secondary scorers. Luke Maye commands attention in the paint.

That recipe leads to the nation’s fourth most efficient offense. If the Heels can defend, they can advance deep into March.

Hi, it’s the resident Gonzaga fan in your life here to pitch the Zags as a possible Final Four team.

The Zags have six players averaging more than 9.5 points per game. Any of those six guys can exploit openings in the defense for a big game. Johnathan Williams is a fifth-year senior, with crafty veteran moves. Killian Tillie is one of college basketball’s most versatile and complete big men. Josh Perkins and Silas Melson are strong shooters that can heat up from outside the arc. Zach Norvell is a freshman who looks like the next Gonzaga star.

The player who will can make the difference between the Zags playing this weekend or playing all month is Rui Hachimura. The Japanese-born sophomore has athletic skills that very few players can match. He’s long, strong, and springy. Hachimura’s touch around the rim has improved this year, but his motor has always fired on all cylinders. If he plays at his best, he’ll win games for the Zags and lead them further than their seed would suggest.

Over his four year career, Bluiett has been one of the best players in Xavier history, and is slowly creeping into the conversation of all-time Big East greats. Before you start belly-aching about THE OLD BIG EAST, let’s review what Bluiett has done in four years as a Musketeer.

He has started 133 games at Xavier and scored 2,200 total points. He averaged double-figure scoring for four seasons and made 315 total threes in his career. Bluiett’s been to a Sweet Sixteen and dragged the Musketeers to the Elite Eight last season. Xavier unseated Villanova atop the Big East this season. That resume is really only missing one thing: a trip to the Final Four.

College basketball doesn’t hand out a most improved player award, though this season’s winner would have been Bates-Diop in a landslide. As a junior, he scored only 9.7 points per game in nine games of action before a season ending injury. This season, he more than doubled that scoring average to 19.4 points per game. In his first three seasons as a Buckeye, Bates-Diop attempted 165 threes and made 34 percent of those shots. This season already, he has taken 162 threes and made 36 percent. Expanding his game beyond the arc has opened up more opportunities to slash to the rim and draw fouls. Bates-Diop has shot the same number of free throws this season as he had in his three prior seasons.

With a newfound aggressiveness and increased workload, the senior forward has been an effective and reliable scorer. Few tournament teams have a player they can toss the ball and count on for a bucket. Ohio State has that luxury.

If you don’t follow mid-major basketball, you may be unaware that there’s a 6-foot-9 center who has averaged 21 points and 8 rebounds on 42 percent 3-point shooting in his three year career. His name is Mike Daum and he’s incredible.

Daum has eight games of 35 or more points in the last two seasons, including a 51 point, 15 rebound masterpiece last season. He’s been in the NCAA Tournament in each of the past two seasons, but has been bottled up by big time programs with a week to focus their scouting reports on him.

This year, Daum has elevated his game to a point where he’s better suited to be effective in March. He’s become a much better rebounder, in the top 10 nationally in defensive rebounding rate after ranking outside the top 200 last season. He shot more threes this season and increased his percentage while doing so. Ohio State will key on Daum and maybe this year, he’ll get so hot that it won’t matter.

OK, so if Daum and KBD are two of the three best players in the region, this game should be a hoot, right?

That’s my thinking. I hope we see the two of them actually guard each other, rather than simply on the court at the same time. The way the refs in the tournament like to whistle fouls, maybe we’re better off with them not being so engaged defensively. In the 2016 tournament, Daum only played 29 minutes due to foul trouble versus Maryland.

I like the Jackrabbits to steal this one. Daum isn’t a one-man-show this season, with two other South Dakota State players scoring in double-figures. The Jackrabbits have been strong against power conference competition this season. They got smoked at Kansas, but took Colorado to double-overtime in the altitude of Boulder. They also led at Wichita State by 13 early in the second half before allowing a comeback. South Dakota State has beaten two power conference teams this season, Ole Miss and Iowa. Not world-beaters by any stretch of the imagination, but proof that size and speed aren’t enough to put South Dakota State away.

When writing about Houston last week, I was almost floored that the program has not won a single tournament game since Phi Slamma Jamma in the early 1980s. There was no residual success after Hakeem and Clyde? Apologies to our older listeners, but I was not alive to see the Houston program fizzle into nothing.

Since then, they’ve had only a few chances. The Cougars have played in the tournament just twice in my lifetime! Why is this team different? Rob Gray is a star, capable of pacing these Cougars to multiple wins in March. Houston has beaten Arkansas, Providence, Cincinnati, and Wichita State (twice) this season. The Cougars rank in the top 30 in offense and defense in the nation.

San Diego State is no small speed bump, though. The Aztecs haven’t lost since February 10. In the Mountain West Tournament semifinals, they led league regular season champion Nevada by 34 points and buried the Wolf Pack with ease. This team is peaking at the right moment.

Every 8-9 match-up feels like a toss-up. This one could be, if the Missouri team that shows up Thursday is the same team that’s played all season.

There’s a chance that’s not the case. All year, the Tigers have had five-star recruit and top level NBA prospect Michael Porter Jr. nursing an injury. He played just two minutes of regular season basketball. Now, he’s back. Or, at the very least, he’ll play.

Porter suited up and played for the Tigers in the SEC Tournament, but was less than stellar. The freshman had 12 points (on 17 shots, yuck) and 8 rebounds. If another week of recovery and practice can shake off the rust, Mizzou is suddenly a terrifying 8 seed. A fully healthy and ready Michael Porter makes them a terrifying out in this tournament.